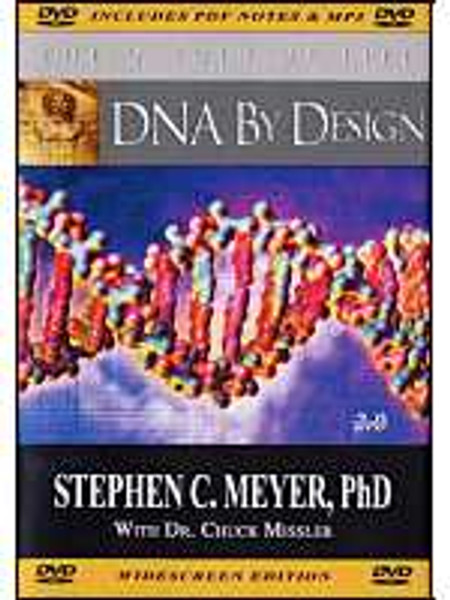 The foundations of scientific materialism are in the process of crumbling. Philosopher of science Stephen C. Meyer shows how the digital code in DNA points powerfully to a designing intelligence behind the origin of life.

Unlike previous arguments for intelligent design, DNA By Design presents a radical and comprehensive new case, revealing evidence not merely of individual features of biological complexity but rather of a fundamental constituent of the universe: information.

That evidence has been mounting exponentially in recent years, known to scientists in specialized fields but largely hidden from public view. A Cambridge University-trained theorist and researcher, director of the Discovery Institute's Center for Science and Culture, Dr. Meyer is the first to bring the relevant data together into a powerful demonstration of the intelligence that stands outside nature and directs the path life has taken.

"The astonishing complexities of DNA have raised questions which the ruling scientific orthodoxy cannot begin to answer. As one of the scientists arguing for 'intelligent design' as the crucial missing link in our understanding of how life came to be, Steve Meyer guides us lucidly through that labyrinth of questions opened by discoveries in molecular biology on the frontier of scientific knowledge." - Christopher Booker, The Sunday Telegraph

Does God Exist? a Debate (Hitchens vs. Craig) 2-DVD Set