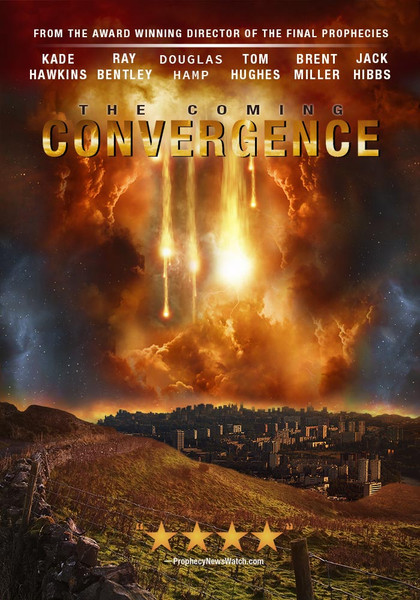 Can We Truly Know the Day of Our Demise?
The Coming Convergence
A genuinely disturbing wakeup call that will keep you thinking for days!

Is it possible to know the day of our demise? Jesus chastised religious leaders in ancient Jerusalem for not knowing the time of His first arrival. Will the prophesied final generation today make the same mistake?

The Bible foretells that the end of days would be preceded by a sequence of global events that has never before occurred, but can this be proven? Through newly exposed geological and statistical evidence, a convergence of events has now been discovered that many believe finally prove the Tribulation is about to begin!

This whistleblower film breaks the mold of what a documentary can be by pulling you deeper into the reality of the approaching apocalypse as you follow the story of a young girl (Erin Hawkins) that is living through the end of days. Her cinematic interruptions throughout the documentary act as a warning to the genuine reality humankind will soon face.

The conclusion of The Coming Convergence leaves such an impact that attendees during the film's theatrical premiere in California were driven to tears and shock. Features Jack Hibbs, Ray Bentley, Douglas Hamp, Brent Miller Sr, Tom Hughes and Kade Hawkins. Written and directed by award winning filmmaker, Brent Miller Jr.