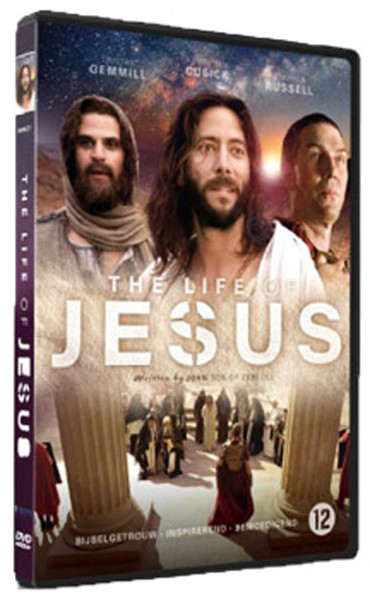 "The Life of Jesus" is the repackaged and remastered version of the "Visual Bible: Gospel of John" with two new audio tracks added; Portuguese and Spanish. Tells the story of Jesus Christ, as seen through the eyes of His follower John. Jesus is almost thirty years old when He becomes a public figure and He is quickly known for His wise lessons about knowing God, His inspirational stories and the miraculous healing He performs. He heals the son of a Roman centurion, brings a disabled man to his feet, gives sight to the blind, and wakes His friend Lazarus from the dead.

Starring Henry Ian Cusick as Jesus, and narrated by Christopher Plummer , and with a cast of 2500, The Life of Jesus has been adapted for the screen, word for word, based on the American Bible Society's Good News Bible by Emmy nominated John Goldsmith and is directed by acclaimed British director, Philip Saville . Rated PG-13 (for violence involving the crucifixion).