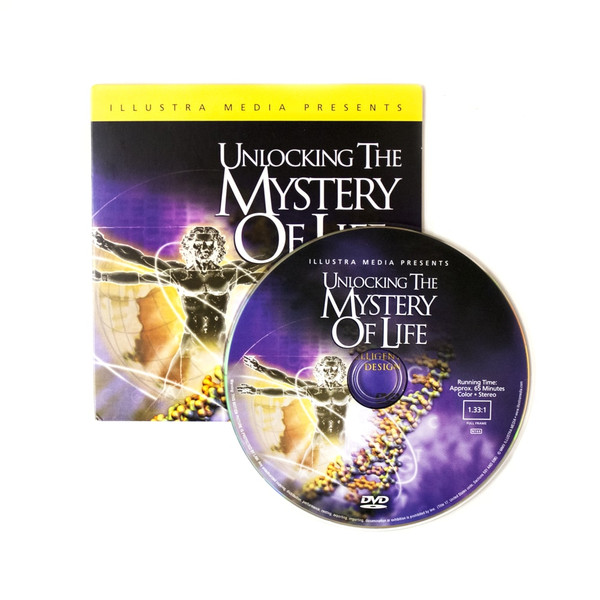 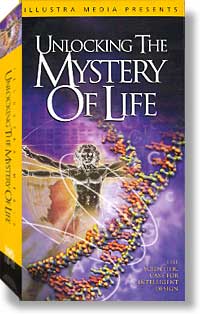 Unlocking the Mystery of Life
THE SCIENTIFIC CASE FOR INTELLIGENT DESIGN

A convincing and accurate documentary that you will be proud to share with even your most scientifically critical-minded, secular friends

[ Read what people are saying ]

Here's what people are saying about "Unlocking the Mystery of Life"... "The science is solid and the computer animations are superb. Unlocking is a great film."
- Philip S. Skell, Ph.D., Member, National Academy of Sciences, Professor of Chemistry, Emeritus, Pennsylvania State University

"We thank you for your perseverence in following our Lord's will in producing such exquisitely presented education with a biblical perspective! I am a grandmother of 2, Chloe 5 and Jeremy 4. We have learned so much from each of your previous treasured dvd's (we have them all!). Chloe recognizes and basically understands DNA from your Unlocking The Mystery of Life DVD, and we were all enamored with the Privileged Planet, what a tremendous blessing you all are in His eyes and those that thirsted for such knowledge from our Creator's perspective! Because of your Icons of Evolution and Darwin's Dilemma they are aware of the fallacies and suppositions of the humanist's views...thank you for helping me to educate His precious one's with His Truth revealing the lies that satan plants, YOU ARE ALL LOVED! (J.B. - CA)