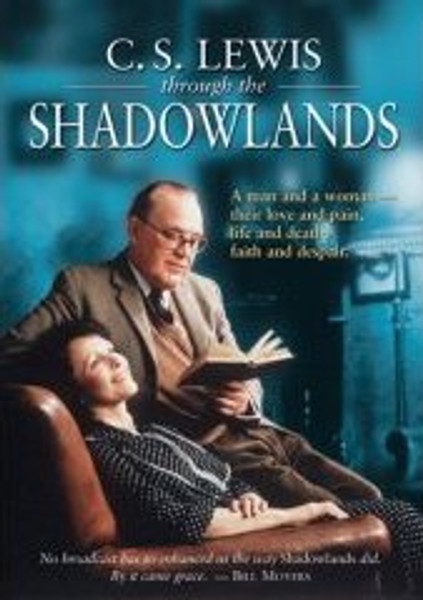 The Story Behind One Of The Greatest
Christian Authors: C. S. LEWIS

Starring Joss Ackland and Claire Bloom. Winner of over a dozen prestigious awards including the International Emmy for Best Drama and two British Academy Awards. He cried out, "Where is God when I really need him?"

This film is about the agonizing spiritual crisis of C.S. Lewis when his wife died from cancer. The love, grief, pain, and sorrow were so shattering to Lewis that his basic Christian beliefs, magnificently communicated in his many books, were now called into serious doubt. But he picked up the pieces and moved out of the depressing "shadow lands," realizing that "real life has not even begun yet."

"A Portrait of Love and Loss. C.S. Lewis Through the Shadowlands is a beautiful love story and a sensitive portrayal of grief. In this BBC television special, we find American poet Joy Gresham (Claire Bloom) writing to C.S. Lewis in England. The focus of this movie is on their relationship and nothing much is said about any of the books he has written. If you have read A Grief Observed or if you have an interest in finding out more about C.S. Lewis' personal life, then this will introduce you to the warmth of Joy and the caring nature of C.S. Lewis."
(R. J. - WA)

"Gets it rightâ€¦ better than the American Version. Central to Lewis' life was his faith, before, during and after Joy's death. This point is well made in this film. The poignant scene after the funeral in the attic with the young boy aiding Jack's grief will remain a memorable vision in my mind."
(B. R. - MI)

"In nearly every way, this television adaptation is more satisfying and certainly better acted than the better known movie of the same name. As C.S. Lewis, Joss Ackland is far more heartbreaking & believable than Anthony Hopkins."
(T. R. - NY)

"Faith challenged and justified. Joss Ackland's portrayal of C.S. Lewis during this most trying time will bring tears to any real man. I have to wonder how I would fair at such a trial and pray I never know. This is a fabulous story for any family to enjoy together. Truly the life we live now is the land of shadows."
(R. M. - CA)
×