Echoes of the Jurassic DVD 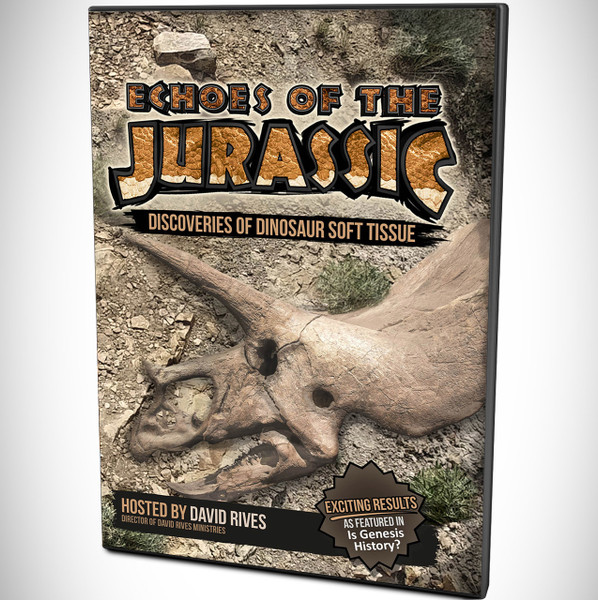 Echoes of the Jurassic DVD

It is true! In 2005, Dr. Mary Schweitzer and her research team reported one of the greatest paleontological discoveries in history. The scientific community was stunned, and many argued that it is not possible for there to still be soft and pliable tissue remaining in dinosaur bones. They claimed that it was contamination or bacterial biofilm mimicking soft tissue. However, during the past decade discoveries have continued, and the evidence clearly demonstrates that this is original dinosaur tissue.

In 2012, the Creation Research Society began work on its iDINO project. It was created with the specific purpose of conducting dinosaur tissue research from a biblical creation perspective. As part of this project, tissue and intact bone cells were discovered in a Triceratops horn.

See the evidence for yourself, and understand why this is such a challenge to the evolutionary dogma.

Note from the host:

I was so privileged to be a part of this project. The discoveries found in this DVD are critical information for literally every individual. Whether high school student, church-going couple, or secular college professor, you will learn of previously unknown scientific breakthroughs. The groundbreaking soft-tissue research has been suppressed in most schools and universities because it points to a literal, historical Genesis. It challenges evolutionary theories of biology because soft tissue could not survive for the millions of years suggested by secular paleontologists…

Did T-Rex roam the earth over 65 million years ago? Prepare to be shocked as you learn of PhD scientists finding some INCREDIBLE things inside freshly-recovered dinosaur bones.

TAKE THE JOURNEY WITH ME AND FIND OUT FOR YOURSELF, IN ECHOES OF THE JURASSIC!”

The 5 Love Languages: The Secret to Love That Lasts Paperback