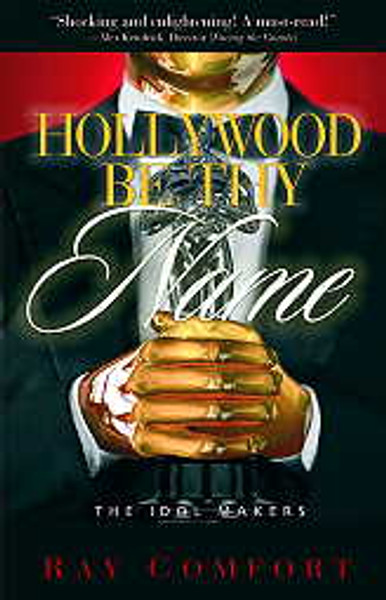 "If people would apply what's in this book, it would revolutionize America."
- Rich Christiano, Director

In Hollywood Be Thy Name, author Ray Comfort explores the reasons why the film industry, which once produced some godly films, has become predominantly anti-God. "The average Hollywood production," Comfort says, "uses the name of 'God' and 'Jesus Christ' more than the average sermon."

Comfort skillfully exposes the beliefs of Hollywood's elite, and explains how Hollywood is fueling our culture's hatred of Christianity and turning entire generations against Christ, hampering our evangelism efforts.

In the beginning Hollywood said, "Let there be light," and there was light. And there were cameras. And the spirit of Hollywood moved across the face of the earth. Hollywood created. It picked up unknowns from the soil of humanity and breathed into them the life of celebrity… a golden image, whose sole purpose was to bring in big money at the box office.

But something went terribly wrong.

In 1968 a serpent appeared in the garden. Movies became filled with blasphemy, adultery, and violence.

The bright light that once was became a gross darkness, and Hollywood began to suffer the ultimate delusion of grandeur. It enthroned itself as God and began to spout blasphemy against the heavens. Hollywood became a law unto itself. In answers to no one… not even God.

• What let Columbine and Virginia Tech killers to hate Christianity?
• Why did the crime rate triple in the U.S. in the late 1960s?
• What was it that Hollywood did in 1968 that changed everything?

This book will help you grow in holiness and is a clarion call to people everywhere to revere and honor the name of God. Let its powerful message change your viewing habits and equip you to affect positive change in our country… beginning with your own family.

Ray Comfort - co-hosts (with actor Kirk Cameron) an award-winning television show, and he is a best-selling author of more than 60 books. He and his wife, Sue, live in Los Angeles, California, where they have three grown children.

He Knows My Name DVD

Good and Beautiful Life (The) - Hardcover