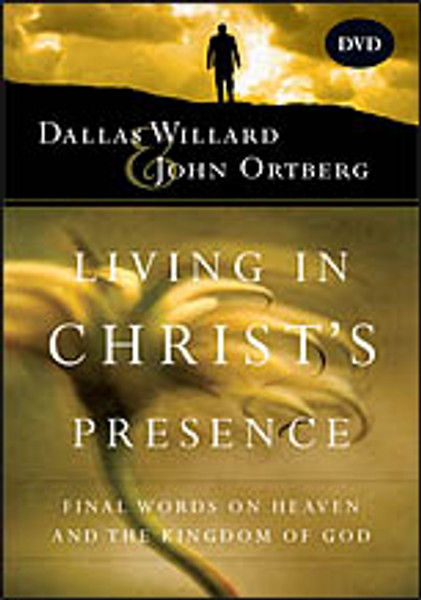 Living in Christ's Presence consists of seven talks that explore what it means to live well now in light of God's kingdom. In this seven-hour, two-disc video presentation, Willard reflects on the state of the university, the meaning of knowledge, the importance of spiritual disciplines and more. Three of the sessions are taught by John Ortberg, who also serves as a conversation partner with Willard after each session. In the final session they explore what it means for us to offer a blessing to one another. You will also find a rich gift of grace in these timely videos of Dallas Willard's final lectures.

Session Two: Who Are the Experts on Life Transformation? - John Ortberg Audience Questions and Answers by John Ortberg