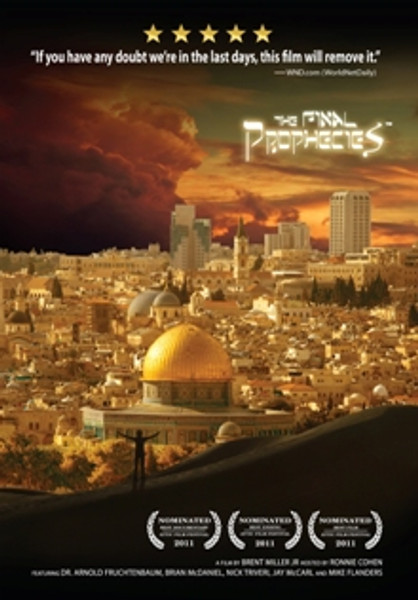 Frightening Recent Events Leading to Prophectic Fulfillment Have Begun!
The Final Prophecies
New Evidence You Have To See To Believe!

The Final Prophecies, the award-winning award documentary, presents new evidence you have to see to believe! The rational conclusions within this film will leave you shaken for days and will provide overwhelming evidence that the world-ending prophecies from our ancient past are true . . . and they're happening now!

The validity of ancient prophecy has been debated for centuries and is one of the most controversial subjects in the world today. Join host and historian Ronnie Cohen as you go on an epic journey to uncover the secrets behind Middle Eastern prophecy and the shocking statistical evidence that proves there is much more going on regarding past prophetic fulfillment than mere chance. Shocking new research also reveals that prophetic events foretelling frightening social changes that will usher in a new period of global hardship, tribulation and widespread death may be more plausible than many believe.

No matter your belief system, the findings presented within The Final Prophecies are as eye-opening as they are frightening. The ultimate conclusion may change your view of prophecy forever and redefine how much time we truly have left on this world.