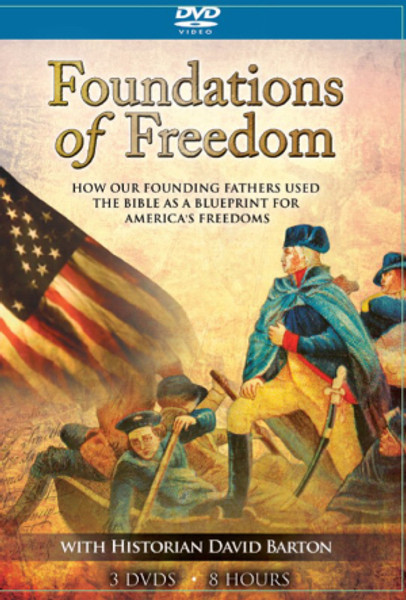 How Our Founders Used the Bible As a Blueprint for America's Freedoms
Foundations of Freedom!
with Historian David Barton

America stands at the crossroads of human history. Once revered and respected throughout the world, the country’s influence and freedoms are in jeopardy, but what if America’s story is more bold, colorful, and compelling than you ever imagined? If ever there were a time to rediscover the vision, passion, and wisdom of those who laid the foundations of our nation, it is now!

Join historian David Barton with special guests Glenn Beck, Rick Green, Dr. Carol M. Swain, and Congresswoman Michele Bachmann as they explore the America our Founding Fathers envisioned. From the formation of American law and the judicial system to biblically-based economics, science, government, and more, discover how our Founding Fathers used the Bible as a blueprint for America’s freedoms and build your faith in our nation’s future with Foundations of Freedom.

He Knows My Name DVD