Strong Men In Tough Times Workbook: Being a Hero in Cultural Chaos By: Cole Edwin 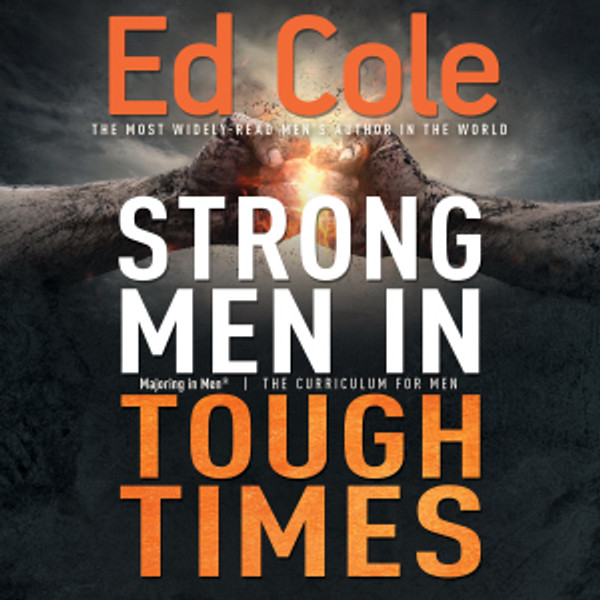 Strong Men In Tough Times Workbook: Being a Hero in Cultural Chaos By: Cole Edwin

Society's widening gap between technological achievement and moral decay compels men of courage, integrity and true manhood to stand strong.
In a quest for satisfaction, many men have lost the meaning of manhood, surrendering ideals to things immoral, illegal, unethical, or irresponsible. Today's tough times require men to overcome dangerous philosophies and bring hope, dignity, and order back to a world in desperate need-men who are willing to be heroes.

"What you believe is the basis for conduct, character, and destiny. While the world looks for better methods, God looks for better men." - Edwin Louis Cole
"Once again, Ed Cole has delivered a stirring message for men. Strong Men in Tough Times is filled with illustrations and the practical advice that men need for victorious living." - Pat Roberston, Christian television hero
"Sometimes you meet a man who forever impacts the way you think and , most importantly, the way you love. Dr. Edwin Louis Cole was such a man, and is such a man through his writing. Enjoy!" Chuck Norris, political and action hero

Edwin Louis Cole was known for his practical application of wisdom. Using pithy statements and a confrontational style that demanded social responsibility and family leadership, he mentored hundreds of thousands of men worldwide. Over five million people have studied his principles in the last fifty years. His powerful books have become the most widely-used Christian men's resources in the world.

Before Amen: The Power of a Simple Prayer Paperback by Max Lucado

Profound Good: See God Through The Lens Of His Love By: Blake K. Healy