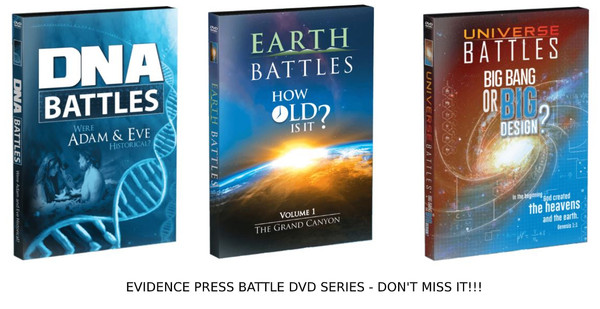 Earth Battles: How Old Is It? reviews geologic evidence from the Grand Canyon and finds that the evidence is not ambiguous but very clearly points to a young Earth. The evidence points overwhelmingly in favor of world-wide catastrophic processes not the slow and gradual processes that long-age geologists claim. This documentary includes beautiful 3D animation videos while explaining the Biblical Flood Model for the formation of Earth’s basement rock and sedimentary fossil-filled layers.

Cassini was a complex exploratory spacecraft launch from NASA in 1997. Its mission was to study Saturn and its rings and moons. One of the many surprising discoveries was the observation of geysers of water spraying miles into space out from its icy moon, Enceladus.

Enceladus is supposed to be 4.6 billion years old. Every object eventually reaches equilibrium with its ambient temperature. How could Enceladus still be geologically active after billions of years? Enceladus provides one of many observable evidences that the solar system has only been in existence for thousands of years.

THE CALL OF THE COSMOS: What the Universe Reveals about God VOD