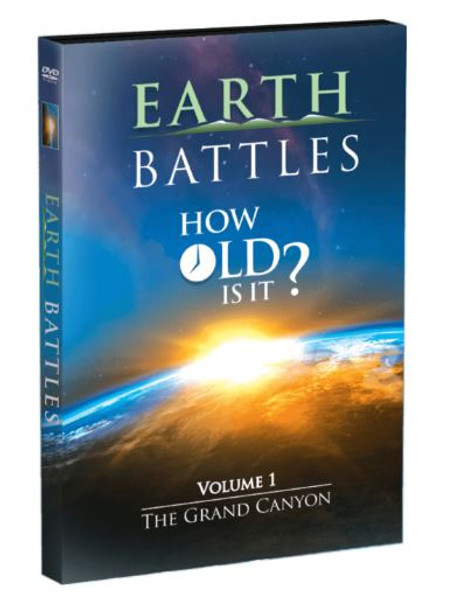 Earth Battles: How Old Is It? reviews geologic evidence from the Grand Canyon and finds that the evidence is not ambiguous but very clearly points to a young Earth. The evidence points overwhelmingly in favor of world-wide catastrophic processes not the slow and gradual processes that long-age geologists claim. This documentary includes beautiful 3D animation videos while explaining the Biblical Flood Model for the formation of Earth’s basement rock and sedimentary fossil-filled layers.