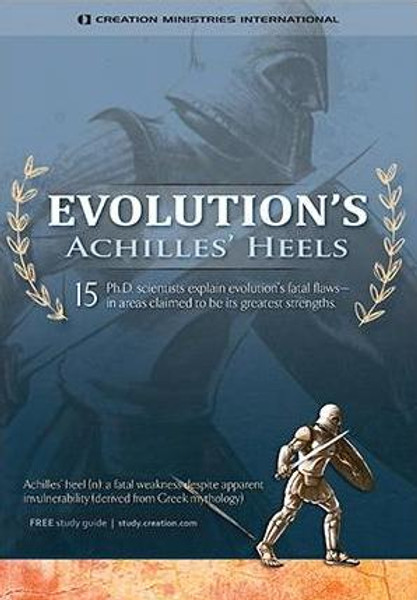 Visually stunning animations and dramatic footage help to show how the theory’s supposed strengths are, in fact, its fatal flaws — Evolution’s Achilles’ Heels.

Like no other work that we are aware of, fifteen Ph.D. scientists collaborated to produce a coordinated, coherent, powerful argument. All of the contributors received their doctorates from similar secular universities as their evolutionary counterparts. Each is a specialist in a field relevant to the subject: Natural selection, origin of life, geology, genetics, radiometric dating, the fossil record, cosmology, and ethics.
Evolution’s Achilles’ Heels directly demolishes the very pillars of the belief system that underpins our now-secular culture—evolutionary naturalism. It’s coupled with the Biblical command to reach the lost with the Bible’s Good News. In a nutshell, it’s a comprehensive outreach tool like no other.